Counselling self-awareness……….The saying “a penny for your thoughts” is an English phrase simply asking people to volunteer their opinions on an issue being discussed.  I wonder where your thought takes you, and I wonder if you have ever become aware of the same thought occurring time and time again? 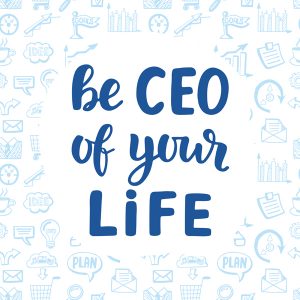 How does this make you feel?  In other words, has this reoccurring thought become a habit?  Is this habit helpful or unhelpful to you in the development of your self or perhaps you have never fully established why you think that way.  In other words what is the core belief you carry behind your attitude.

Rosemary was from a poor family. She was picked on at school because of this and made to feel different. She had done nothing wrong, but other children made her feel as though she had because of the way she dressed and where she lived. Her mother was busy working to support Rosemary and her siblings and so Rosemary kept mostly to herself. In her teens she didn’t think much of herself. She felt grateful for any attention boys paid to her, even if it was the wrong kind of attention. She experienced intimate relationships with boys she liked, but never really felt valued.

Stuart’s Story Explains How He Formulated His Thought About Himself

Stuart was the last of four children. Growing up he loved comic books and film, and he went on to study filmmaking at college. Academically he wasn’t as smart as his sisters, something which he felt his parents criticised him for. Stuart had a group of friends, but was also bullied at school. He came to believe that he was stupid and ‘weird’. He would get flustered when surrounded by people he thought of as more competent, and never felt comfortable around women, he never felt like he fitted in. Stuart became very self-critical. He felt he had to be on the lookout for his flaws to try and correct them before other people noticed.

Both of these scenarios have probably lead to low self-esteem which means not thinking much about themselves, or not holding themselves in high regard.

The Effects Of Low Self-Esteem

Experiencing low self-esteem can have a dramatic effect on your life. It can knock your self-confidence and make it harder to feel worthwhile. At the centre of it are the beliefs and opinions we hold about ourselves. We all hold opinions about ourselves and many of these are formed in our early lives. These opinions are often held so strongly that they feel like facts.

Given below are some significant events that have a long lasting impact:

In other words, our early experiences of significant events and relationships have an impact on the way we view ourselves, leading to a core belief or if you like, a conclusion we have formulated about ourselves. From this we make up our own rules and assumptions which give us a way to cope and help us get by.

How Is Low Self-Esteem Kept Going?

Low self-esteem is kept going by a combination of thinking and developed behaviour.

Therefore in the case of Stuart, he made overly negative predictions about his abilities (unhelpful thinking) and as a result he was less willing to take risks (unhelpful behaviour). This kept him stuck because he didn’t get a real chance to learn about his true abilities.

What Self-Development Is Really About

Self development is really about taking steps to better yourself, such as by learning new skills or overcoming these bad habits, or unhelpful ways of thinking and behaving. There can be a development of one’s own capabilities and potential.

Perhaps you may have considered taking a course at university to learn new skills and other interesting things and never fully got round to it.

Zig Ziglar says “It is your attitude, not your aptitude, that determines your altitude.”

What To Do Next

If I can help you determine your altitude by unraveling your attitude (your core belief system) so that you can evolve and develop to become the person you wish to be, please contact me by emailing belinda@breathofchange.org.uk or by calling 07973410375 / 02088732843. I operate from clinics in both Epsom, Surrey and Crawley, West Sussex.